Animations plays an important role in mobile app, as an app with animation looks more appealing with a cool design. We can animate any control inherited from UIView class in iOS SDK using different methodologies or classes provided within the iOS SDK. In this tutorial, we will learn how to animate uilabel using CATransition to achieve animation effect like counter increment and decrement. Though you can use, UIView animation methods like
Using the above approach does not provide more control to the developer as the developer can write the code inside the animate block. Thus functionlity only limited to animate a UIView either by setting the properties like hidden, alpha or changing the frame.

subtype: This property tells what type of direction we want for our animation, its an optional property. These are also 4 types

How to use CATransition animation on UILabel

1: Create a single view application project using xcode. Open “Main.storyboard”, and create an user interface as shown in the image below 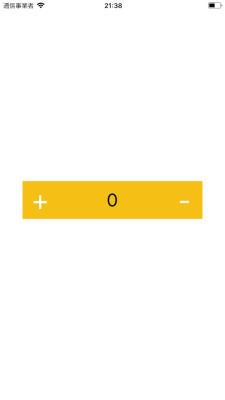 2: Open “ViewController.swift” ,  and create IBOutlet, IBAction’s for the UILabel and UIButton’s respectively as shown here

4: Open “ViewController.swift” and add the below animation code as an extension.

If you look at the animation code we have two functions,

First, we create an object using CATransition class. Then assign the CAtransition object timingFunction property which control the speed of animation. Assign duration, type, subType and finally add the animation to the layer.

Now lastly use the function’s added to CALayer as an extension. Below is the code that shows how to use the “bottonAnimation” and “topAnimation” functions.  First, we will create variable named “counter”, which will act as our counter as it will be incremented and decremented when we click on “+” and “-” button’s respectively.

This website uses cookies to improve your experience while you navigate through the website. Out of these, the cookies that are categorized as necessary are stored on your browser as they are essential for the working of basic functionalities of the website. We also use third-party cookies that help us analyze and understand how you use this website. These cookies will be stored in your browser only with your consent. You also have the option to opt-out of these cookies. But opting out of some of these cookies may affect your browsing experience.
Necessary Always Enabled

Any cookies that may not be particularly necessary for the website to function and is used specifically to collect user personal data via analytics, ads, other embedded contents are termed as non-necessary cookies. It is mandatory to procure user consent prior to running these cookies on your website.