1: Create a single view application template project, and open Main.storyboard file
2: Change view background color of  view to yellow and drag a UITableView on to the view of ViewController. 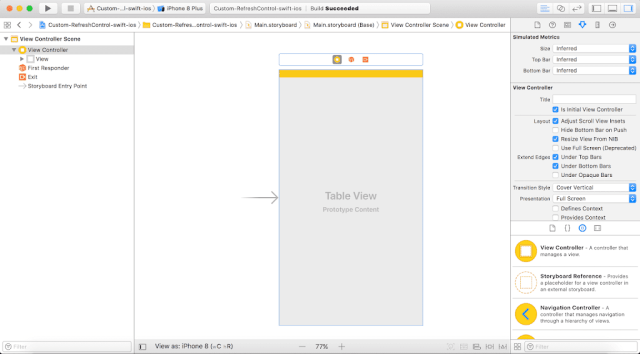 3: Set constraints to UITableView as shown in the below picture, we set 0 distance from all 4 sides with respect to safe area layout. 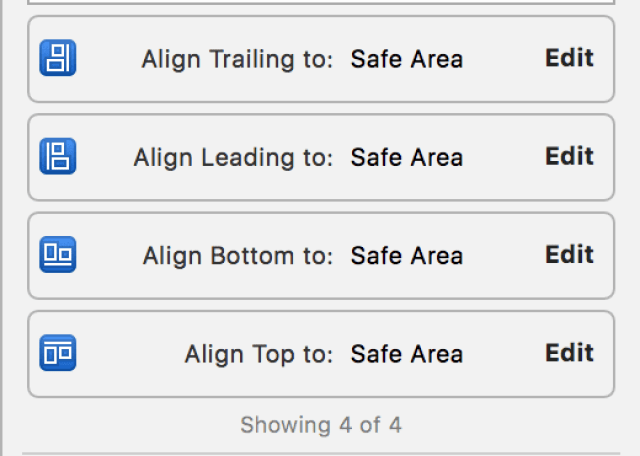 4: Open ViewController.swift and create an IBOutlet for UITableView named as “tblList“

5: Connect IBOutlet to UITableView in Main.storyboard 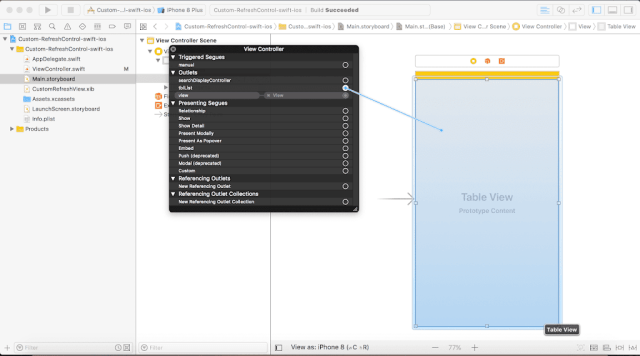 6: In ViewController.swift, create a function named “addRefreshControl”. In this function we will create UIRefreshControl and add it to our UITableView. But before this, we will design layout for our custom refresh control. For creating design for custom refresh control either press command+N or click on File menu of xcode and then new file (shown in the image). Name the file as
“CustomRefreshView” 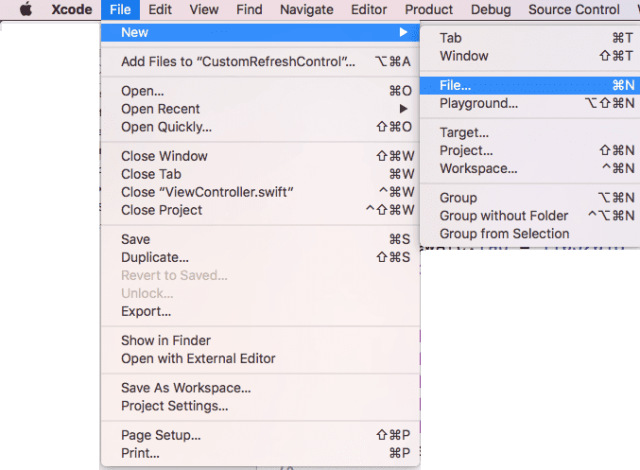 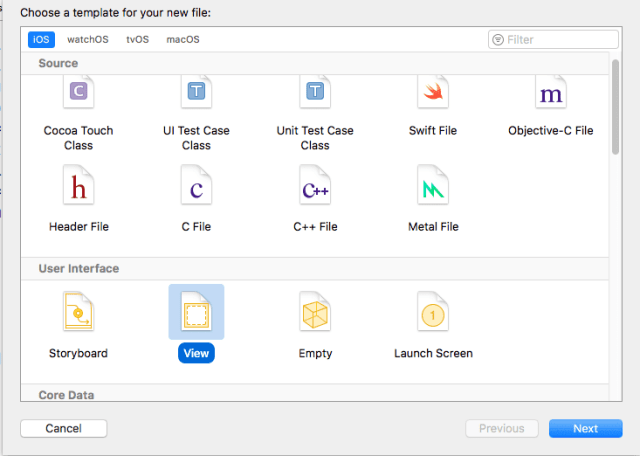 7: Open “CustomRefreshView.xib” and  made the changes as shown in the given below picture as per the steps written 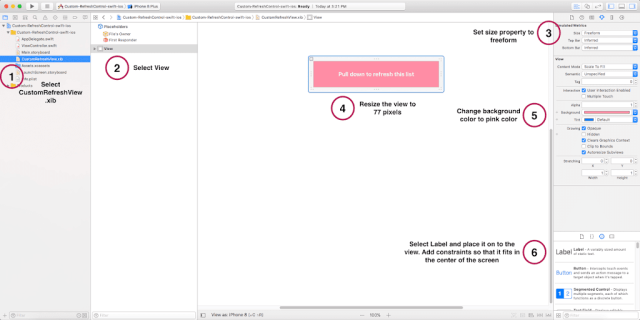 Use custom UIRefreshControl in UITableview

8: At this point, we are done with designing interface for our custom refresh control. Now, it’s time to write code for custom UIRefreshControl. Open ViewController.swift file and add the code as
shown in the given below code snippet

9: To change text of UILable, when user pulls down UITableView, you can use he below code

In this tutorial, we learned how to create custom refresh control aka UIRefreshControl in swift and then add it to UITableView. You can do other stuffs too, like animating the UILable or placing image instead of UILable and animate it. To download the code, please click this link Custom-RefreshControl